Photo: Screenshot of video upload from Facebook/Alliance of Concerned Teachers-Philippines

Teachers’ group Alliance of Concerned Teachers (ACT) on Wednesday urged the Department of Education (DepEd) to be transparent on the situation and issues of its blended learning dry run.

(“The official start of the school year has been moved for three months already, and we see that this has amounted to nothing. The Department of Education and the Duterte administration continue to fail in forming a comprehensive educational program that will respond to citizens’ needs and will ensure, guarantee children’s right to education.”)

Basilio went on to say that DepEd allegedly rehearsed its simulations so as to present these as successful, with participating teachers not doing what they would typically do during an actual dry run. He urged the education bureau to reevaluate its plans for the opening of the upcoming school year.

“What’s happening is that instead of using the simulation or dry run as an opportunity to see the problems, DepEd is holding these dry runs to showcase a ‘fake’ scenario when schools are supposedly ready for this opening of classes,” he said.

Some teachers noted how unrealistic the dry runs were, while others also pointed out how many educators are still struggling to adapt to the blended learning program as they still lack the training for the necessary skills. 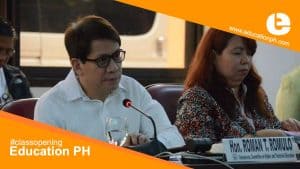 Romulo urges DepEd to move opening of classes if not prepared